“Charisma…a certain quality of an individual personality by virtue of which he is set apart from ordinary men and treated as endowed with supernatural, superhuman, or at least specifically exceptional powers or qualities. These are such as are not accessible to the ordinary person, but are regarded as of divine origin or as exemplary, and on the basis of them the individual concerned is treated as a leader.”

Charismatic leadership can be either a powerful force for positive change or a potentially lethal weapon of mass destruction.

Not only did Weber allow for different types of charismatic leadership based on distinct contexts (religious, political, military, etc.) and attitudes of followers,1 but he also allowed for different types within the same context—and even went as far as alluding to a distinction between democratic and dictatorial charisma (a critical distinction in my doctoral dissertation at Columbia).

Moreover, Glassman and Swatos (1986) suggest further that “on the one hand [Weber] presents us with examples of berserk warrior leaders, linked obviously with the blood-lust, slaughter, rape and pillage of conquest; on the other, religious prophets, linked with the extension of ethical codes and the inculcation of social justice.”2

The Charismatic Dictators and Demagogues

*Note: Unfortunately, charismatic cult leaders are anything but history. In fact, experts estimate that there are “now more than 5,000 destructive cults operating in the United States” today (Hassan, The Cult of Trump (2019), p. 17).

Transformational or Authoritarian? Time, Context, Perception, and Relationship Matters
Perceptions about the charismatic relationship or charismatic bond that leaders have with their followers often depend on the individual followers and the particular relationship they have with the leader. They can also vary across time and context. Further, akin to the way in which charisma is often said to be “in the eye of the beholder,” whether or not a leader can be aptly characterized as a transformational leader or an authoritarian leader also depends on circumstances, perception, context, etc.

Charisma’s Shades of Grey: Other charismatic leaders who exhibited both transformational and authoritarian characteristics and are thus more difficult to classify definitively include:

TRANSFORMATIONAL-CHARISMATIC LEADERSHIP—Socialized Charismatic Relationship: “In the socialized relationship, followers have a clear sense of self and a clear set of values, and the charismatic relationship provides them with a means for expressing their important values within the framework of a collective action.  Followers in this type of relationship derive their sense of direction and self-expression not from personal identification with the leader but from the leader’s message. In this relationship followers place constraints on the leader’s influence, play an active role in determining the values expressed by the leader, are less dependent on the leader, and are less open to manipulation by the leader.” 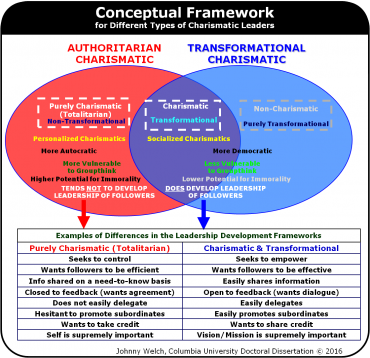 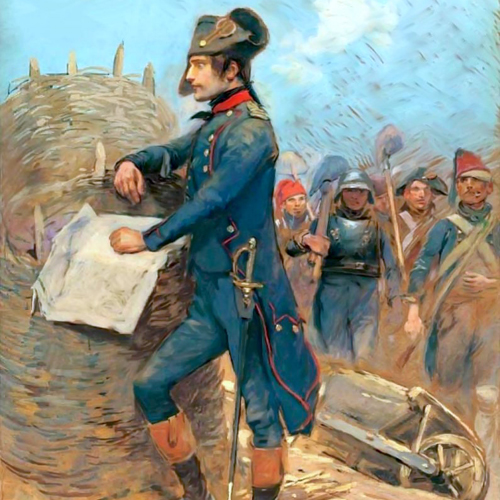 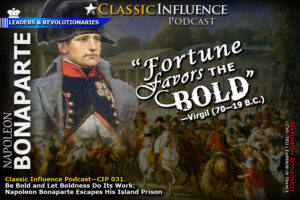 The Charismatic Leadership of Napoleon Bonaparte (1769-1821)

Widely considered one of history’s greatest military commanders, Napoleon Bonaparte began his rise through the ranks as a socially and economically “inferior Corsican outsider.” Demonstrating considerable charisma, courage and talent as a military tactician, Napoleon rose to command the Italian Army while France’s revolutionary leaders increasingly lost their way.

While his military successes forged the basis of his legend and his charismatic bond with his followers, Napoleon further demonstrated his strategic prowess in the way he effectively cultivated this legend in the minds of the French by making strategic use of wartime propaganda—including electrifying dispatches from the front, in-depth articles and bulletins published throughout France, and glorious paintings of a triumphant Napoleon—all of which he used to further promote himself and his purpose (to lead France), demonize his enemies, and subtly highlight the incompetence of the French Directory, the five-member committee which governed France, but was proving to be a major failure.

When, at last, the French Revolution was on the brink of destruction, Napoleon intervened to save it, eventually crowning himself Emperor of France, with the popular support of the French people, who were by now completely captivated by this charismatic leader, and his legendary military victories. As Emperor, he enshrined the freedom, liberty, and equality gained in France’s Revolution in law, known as the Napoleonic Code, which was adopted in various forms by legal systems around the world. 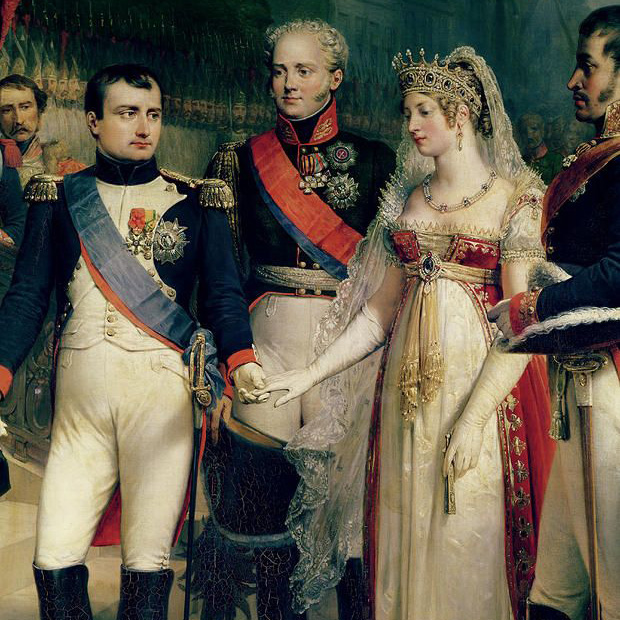 Note on the Height of Napoleon Bonaparte. For some reason there remains significant controversy and misinformation about the height of Napoleon Bonaparte. For well over a century, it was universally reported that Napoleon was 5’2″ (five feet, two inches tall). Recently, however, inexplicably, numerous websites, including Google, are stating that Napoleon was 5’6″ (five foot, six inches tall). Along with the fact that his own soldiers nicknamed him Le Petit Caporal (“The Little Corporal”), there are also paintings showing Napoleon standing (significantly, in some cases) shorter than others, including his guards, but also his own wife, Josephine. Napoleon was also assigned to the artillery, in part, because of his short stature. He was short for an officer and, for those serving in the infantry and cavalry, preference was given to those who were taller. The best evidence for his short stature, however, comes from his own valet. As Owen Connelly reports in Blundering to Glory: Napoleon’s Military Campaigns, “After his death at St. Helena, his body was measured by his valet, Louis-Joseph Marchand, at cinq pieds, deux pouces (five feet, two inches). On the assumption that his corpse was measured with a French yardstick, which is longer than the British (the French foot equals 33 cm, the British equals 30.47 cm), some historians have decided that Napoleon was 5 foot 6 inches tall, converting 5 foot 2 inches French to 5 foot 6 inches English. Since the French had been on the metric system since 1793, however, and since Napoleon had used all means to make the French convert to it, it is [highly] doubtful that his entourage carried a yardstick from the Old Regime. Thus, it is almost certain that he was measured with an English yardstick.” It is not clear why this new misinformation persists, but the truth is that Napoleon was not of “average” height for his day. He was short. Given that average heights are increasing, Napoleon, comparatively, would be approximately 5’5″ or 5’6″ today. 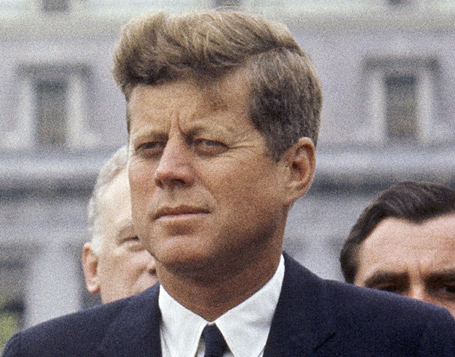 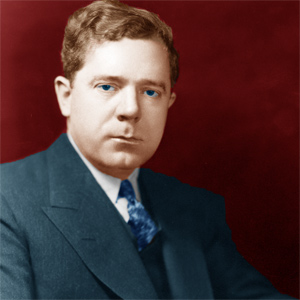 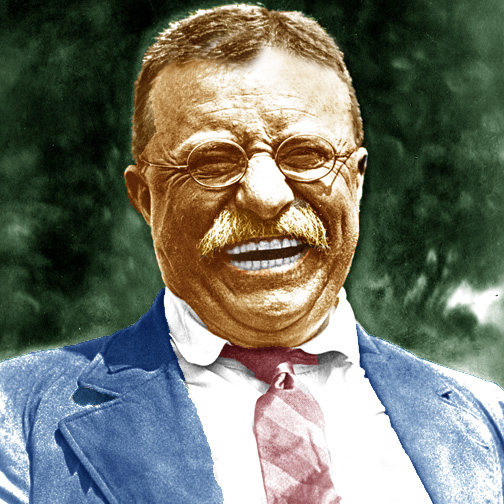 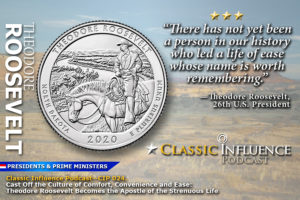 The Charismatic Leadership of Theodore Roosevelt (1858-1919) 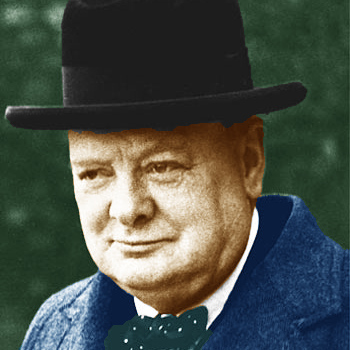 The Charismatic Leadership of Winston Churchill (1874-1965) 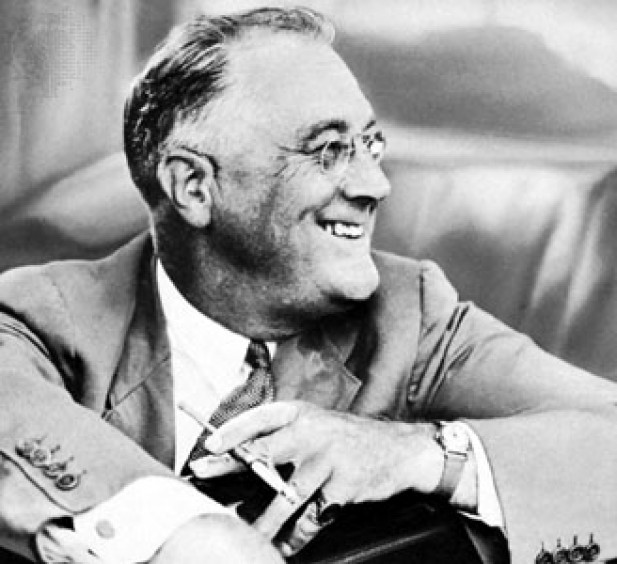 Learn more about FDR’s mastery of framing in Classic Influence CIP 030: Profit from the Power of Frames to Achieve Your Aims: President Franklin Roosevelt Reframes His Race for a 3rd Term. 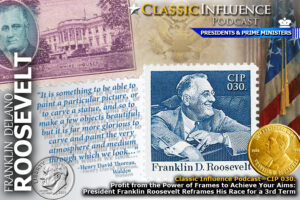 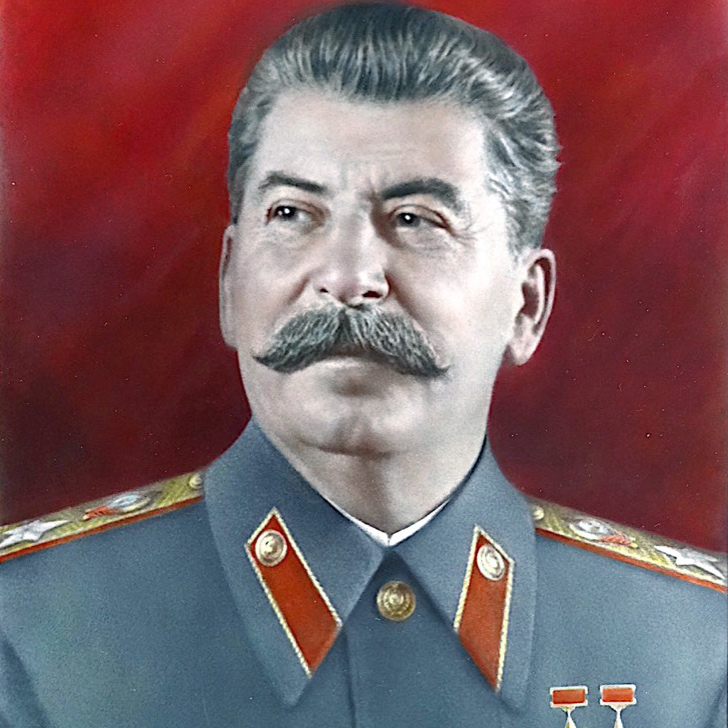 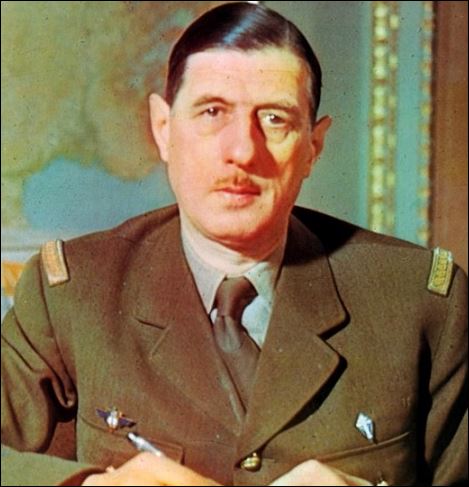 After pouring over hundreds of academic journals in management, leadership, political science, and psychology, the following five characteristics emerged as the most commonly cited qualities of the charismatic leader. Of course there are exceptions to the rule, but charismatic leaders on both sides (positive or negative, villainous or virtuous, etc.), from the perspective of their followers, overwhelming tend to be:

Self-confidence is the most commonly cited characteristic of charismatic leaders. Of course, this is not arrogance. Nor does it mean that charismatic leaders never have moments of self-doubt, or reveal subtle signs of insecurity (which can actually work to enhance charismatic appeal–so long as they are subtle not severe).

Charismatic leaders are inspirational, not just in their public speeches, but in their everyday interactions with followers.

Charismatic leaders are also often cited as articulate. They easily communicate with their followers. They are able to express themselves in a way that is quickly and easily understood. They often use metaphors and visual language so that their audience can easily picture what they are saying.

Charismatic leaders often stand against the status quo. Part of what makes a leader a charismatic leader is that their vision of the future addresses a current reality that followers find unacceptable.

Along with these five key characteristics, researchers refer to a number of other common characteristics of charismatic leaders, including goal-oriented, enthusiastic, tenacious and persuasive.

Are there Different Types of Charismatic Leadership?

Charisma in the Research: A Theoretical Perspective on Charismatic Leadership

The concept of leadership in a democracy can be highly problematic.1 Benjamin Barber (2004), a prominent researcher of democracy and democratic institutions, writes that, “A leader strong enough to do everything we would like done for us is strong enough to deprive us of the capacity to do anything at all for ourselves.”2 Ruscio (2004), writing in The Leadership Dilemma in Modern Democracy, also captures the prevailing skepticism well:

“Suspicion of rulers, concern over their propensity to abuse power in their own self-interest, the need to hold them accountable, and the belief that legitimate power is lodged originally in the people and granted to leaders only with severe contingencies, all are fixed stars in the democratic galaxy. In many respects, democracy came about as the remedy to the problem of leadership, at least as defined by a long list of political philosophers. Fear of leadership is a basic justification for democratic forms of government.”3

Perhaps this fear is even more intense in the presence of the wildly popular and powerful charismatic leader. No doubt, the presidency of Donald Trump and the charismatic bond he has with his followers has added to the fears many hold regarding the precariousness and fragility of democracy. Fond of quoting the Mexican revolutionary leader Zapata who said, “strong leaders make a weak people;”4 Barber, is notoriously uncomfortable with leadership in a democracy.5 Barber (2003) writes: “The statesmanship of a leader such as Churchill may stultify the liberty of an admiring but passive followership no less than might the charisma of a Hitler.”6

Similarly, Gary Wills, the renowned Kennedy biographer, in his study of charismatic political leadership and American democracy writes: “we do the most damage under the Presidents we love most.”7

Arthur Schlesinger, a former adviser to President Kennedy also had a healthy skepticism of charismatic leadership in democracy. Schiffer (1973) writes:

“Schlesinger, quite articulate in this direction, has argued that in modern society there exists a practical dominance of forces, personality appeals, and policies that leaves no room whatever for charisma, because charisma is basically incapable of dealing with the realities of a democratic culture.”8

The Two Faces of Charisma

On the question of charismatic leadership in a democracy, though many of the leading thinkers seem to come down more definitively on one side or the other, there are at least a few (myself included) who are quick to say that it very much depends on the type of charismatic leadership (an important part of the research problem this study seeks to address) or, even more to the point, that it is a matter of degree.

University of California Professor, Elizabeth Zechmeister (2006) weighs in: “Charismatic leadership in itself is not at all antithetical to democracy. However, in its extreme form, which is usually in times of crisis, and coupled with a leader who inherently has instinctive charismatic tendencies, it certainly can be somewhat dangerous.”10

Perhaps the “it depends” argument for charismatic leadership in democracy is most vivid by juxtaposing the impact that different highly charismatic leaders have had on their own governments. Here we can call to mind the different consequences of Franklin Roosevelt and Adolf Hitler or John Kennedy and Joseph Stalin. If there is merit to the psychoanalytic interpretation of charismatic leadership and the followers of charismatics are “neutral as to the content of the leader’s message or vision”11 (no matter how dastardly), then this would certainly seem to intensify the importance of further study and the potential threat that charismatic leadership may pose to an open and democratic society.

It seems, in regards to charismatic political leadership, that a healthy skepticism, a heightened awareness, and a robust understanding of the different types as well as the responsibilities of followers and of citizenship are all essential to the preservation of a free and open society.

“An adequate democratic theory must recognize that democracy is not self-executing; that leadership is not the enemy of self-government but the means of making it work; that followers have their own stern obligation, which is to keep leaders within rigorous constitutional bounds; and that Caesarism is more often produced by the failure of feeble governments than by the success of energetic ones.”12