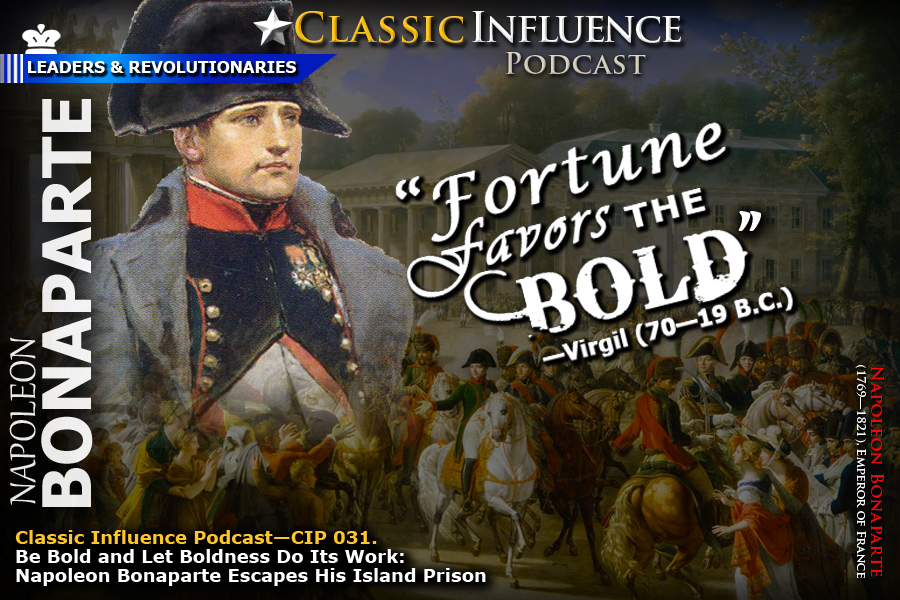 In February 1815, after nearly a year of appearing to accept his fate, Napoleon Bonaparte suddenly began planning his island prison escape. Despite his exceptional leadership and unshakeable self-confidence, the idea that he might simply show up on the shore to retake France from the Bourbon monarchy was patently absurd, and probably one of the most daring adventures of his life. In this episode of Classic Influence, we’ll travel back to the Island of Elba toward the end of the Napoleonic Wars and watch as Napoleon slips past his captors, with the long-shot hope of returning to power in France. Along with revealing one of the vital secrets to Bonaparte’s success, this episode also explores why and how boldness can be such a powerful force, often creating its own favorable circumstances. You will also discover a powerful tactic for keeping your own fears in check, enabling you to take increasingly bold action to achieve the daring outcomes you desire.