Construct Your Own Heroic Life History: Ragnar Lothbrok, The Everlasting Legend of the Viking Leader 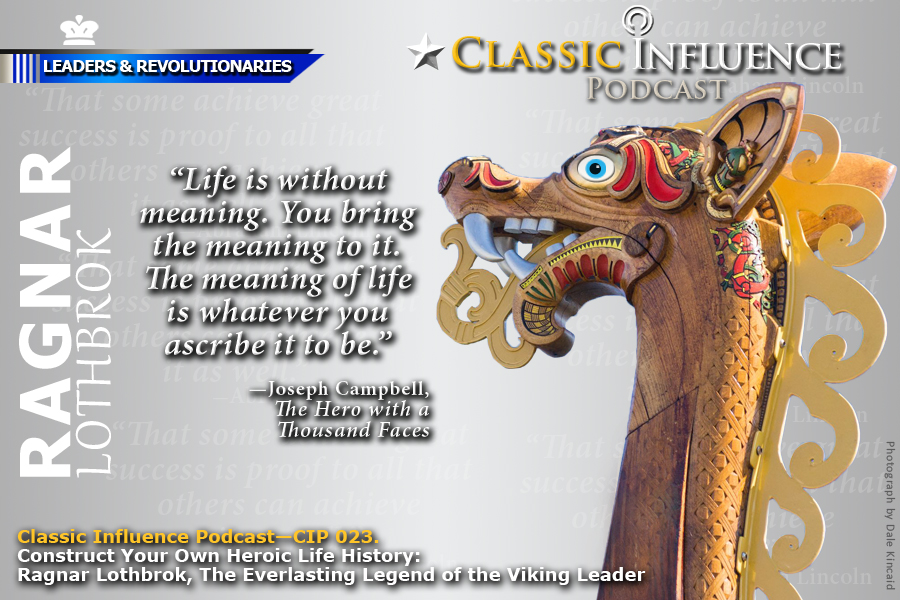 According to legend, Ragnar Lothbrok was the most famous Viking of his age. And he remains one of the greatest heroes of Viking history. But did a Viking leader named Ragnar Lothbrok actually exist? In this episode of Classic Influence, we’ll explore the power of this everlasting legend, and why the Vikings told and retold his story over and over again. This episode also reveals the power of story and legend and myth, and how a compelling epic can shape and, at last, radically transform the future. Drawing on the example of Ragnar Lothbrok, Alexander the Great, Julius Caesar and others, this episode also unmasks the power of your personal story, the cardinal importance of assuming your rightful role as both the author and the protagonist of your own heroic life history, and the power the storyteller role plays in the pursuit of your own grand aspirations and goals. 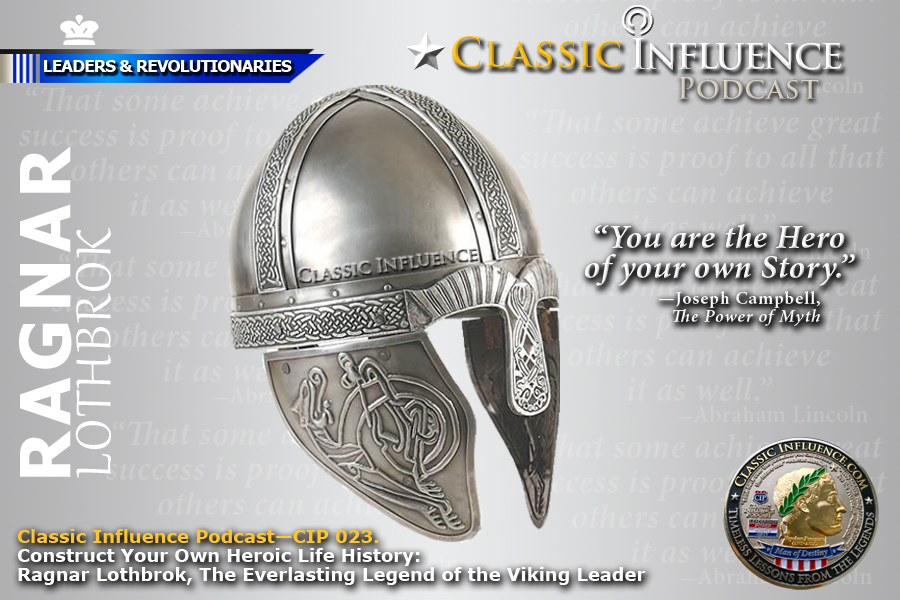