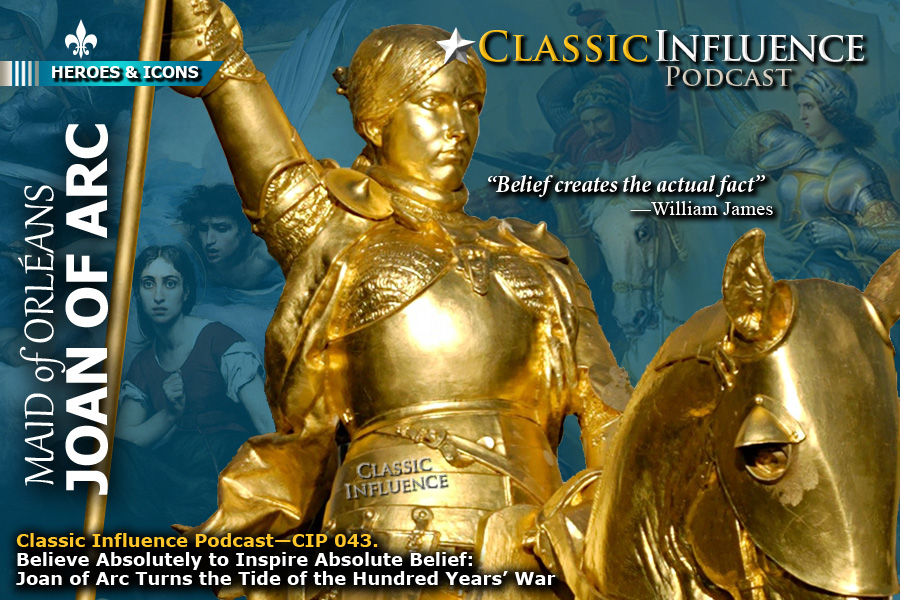 Joan of Arc was an unknown, illiterate peasant girl who became a celebrated national hero. She was a teenage girl with no military training or experience who became the supreme commander of French military forces at age 17. She was a symbol of French courage and military power who became a saint in the Catholic Church. At nearly every turn, Joan of Arc overturned assumptions, defied expectations, and upended beliefs. But how did she do it? Listen in and learn the key secrets of her miraculous success.

Episode Overview: Joan of Arc’s story remains one of the most remarkable stories in the long history of military leadership. Consider this singular, striking distinction: “Since the writing of human history began, Joan of Arc is the only person, of either sex, who has ever held supreme command of the military forces of a nation at the age of seventeen” (Garlow p. 185). In the words of Winston Churchill, “Joan of Arc was a being so uplifted from the ordinary run of mankind that she finds no equal in a thousand years.” But what is it that set Joan of Arc so far apart? In this episode of Classic Influence, we’ll travel back to France during the Hundred Years’ War to explore the most critical, definitive factor in her success, the key lessons we can learn from her example, and why the wisdom of her leadership continues to echo across time.