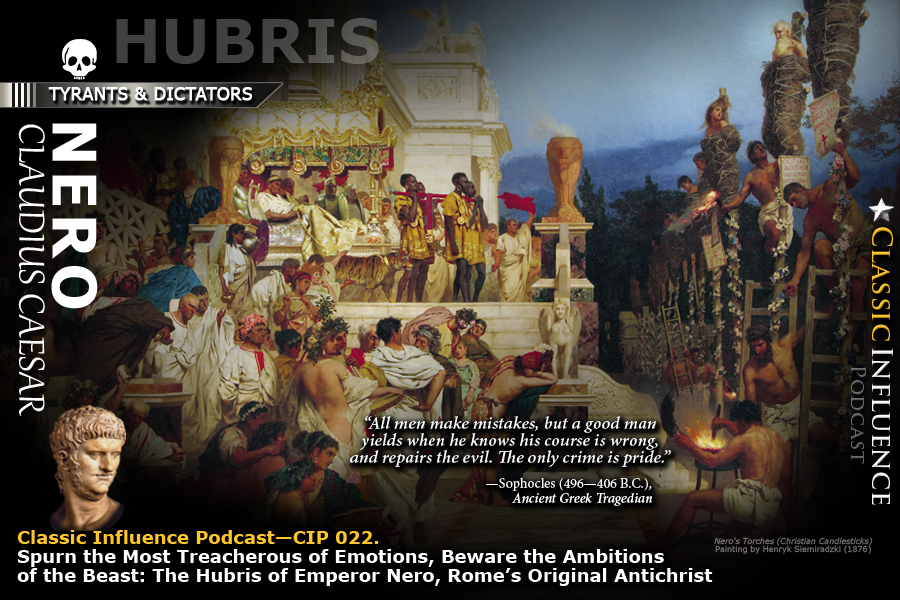 Nero stands out as one of the most monstrous, and universally hated emperors in the long history of the Roman empire. And, yet, the reign of the once popular emperor began in relative peace. What allowed for such a dramatic transformation? Were there any early signs of what barbaric slaughtering was to come? In this episode of the Classic Influence Podcast, we’ll travel back to ancient Rome and watch as Nero, flooded with unquenchable hubris, burns his own ambitions to the ground. Drawing on the wisdom of ancient Greece, celebrated theologians, and modern presidents, this episode explores why hubris is at the dead center of the most toxic of human emotions. For those with enough foresight and social intelligence to appreciate just how hazardous hubris can be—the key lesson from Nero’s life—this episode also reveals a few key tips for keeping a grip on this most treacherous of emotional states.