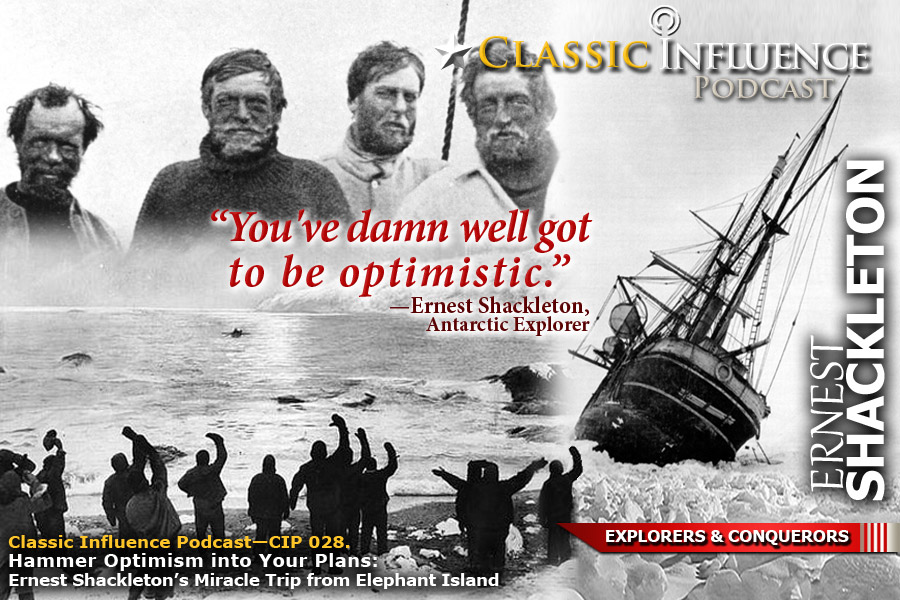 One of history’s greatest sagas of survival, the story of Sir Ernest Shackleton and his crew’s quest to cross the South Pole, is a gripping reminder of the power of optimism, endurance, and hope. Where the expeditions of scores of other daring explorers ended in drunkenness, despair, and death, Shackleton’s leadership, his command of the psychology of his crew, and his capacity to project a cool and collected optimism in the midst of the most trying circumstances, and in the face of the most devastating setbacks, led to a life and death difference for his men. In this episode of the Classic Influence Podcast, we’ll travel to the frigid waters and the mammoth sheets of ice of Antarctica to learn from the leadership and influence of one of history’s greatest explorers.