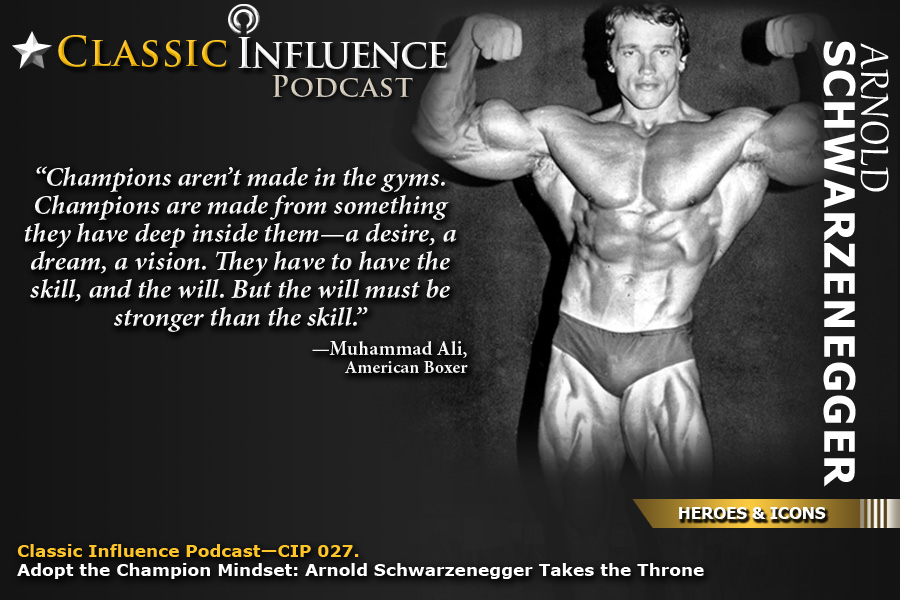 In 1970, Arnold Schwarzenegger won both the Mr. Universe and the Mr. Olympia contest making him the greatest bodybuilder in the world. At just 23 years old, he was also the youngest Mr. Olympia ever. Of course he won the genetic lottery, only a fool would deny that. But that was only enough to get him into the game. What set Arnold Schwarzenegger apart was his profound ambition, relentless work ethic, and an ability to stay hyper focused on his dream. But the real secret to Schwarzenegger’s success was a hard lesson he had to learn, and it was the key to scores of others. In this episode of the Classic Influence Podcast, we’ll travel back to the first decade of Arnold Schwarzenegger’s meteoric rise and discover what we can learn from his story about how to achieve your most difficult goals.